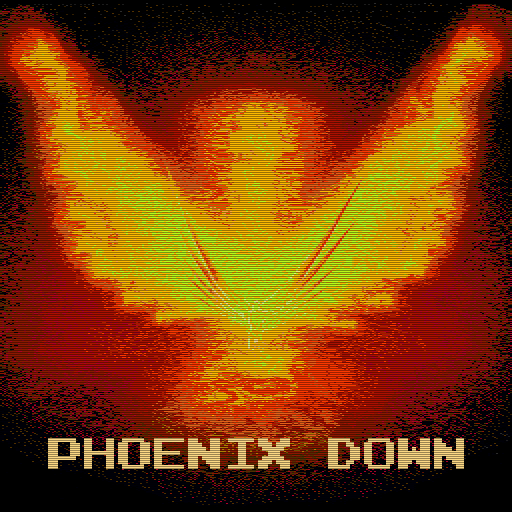 Phoenix Down, the latest song off our latest album, Chipsurf Pipeline is finished! It started as our first attempt at using retriggers with the NES, but rather early turned more into the epic ballad that now defines the song. This is one of those songs we worked on off and on. We just kept having ideas for what we wanted to add into the song or how we wanted to change things around.

As the name implies, it pays homage to the item found in some RPGs (most notable Final Fantasy). The song itself is a story of sorts about death and rebirth. It represents the pivotal climax of a hero who has returned from almost certain doom, empowered by strength to ultimately defeat the villain and do some serious ass-kicking.

Phoenix Down is available in many places – head over to our my band’s website to find our more.