I had originally just planned to shoot the inside of my computer in 4×5 just to see how it compares to other shots I have done in 35mm. I took two exposures, one normal and one with a red filter. Since I use blue watercooling liquid, I figured it would darken the liquid considerably (and I was right). Well around the same time I started to look into stand development a bit and since I could always retake these images if they didn’t pan out, I thought I would give it a go. Here at the results. 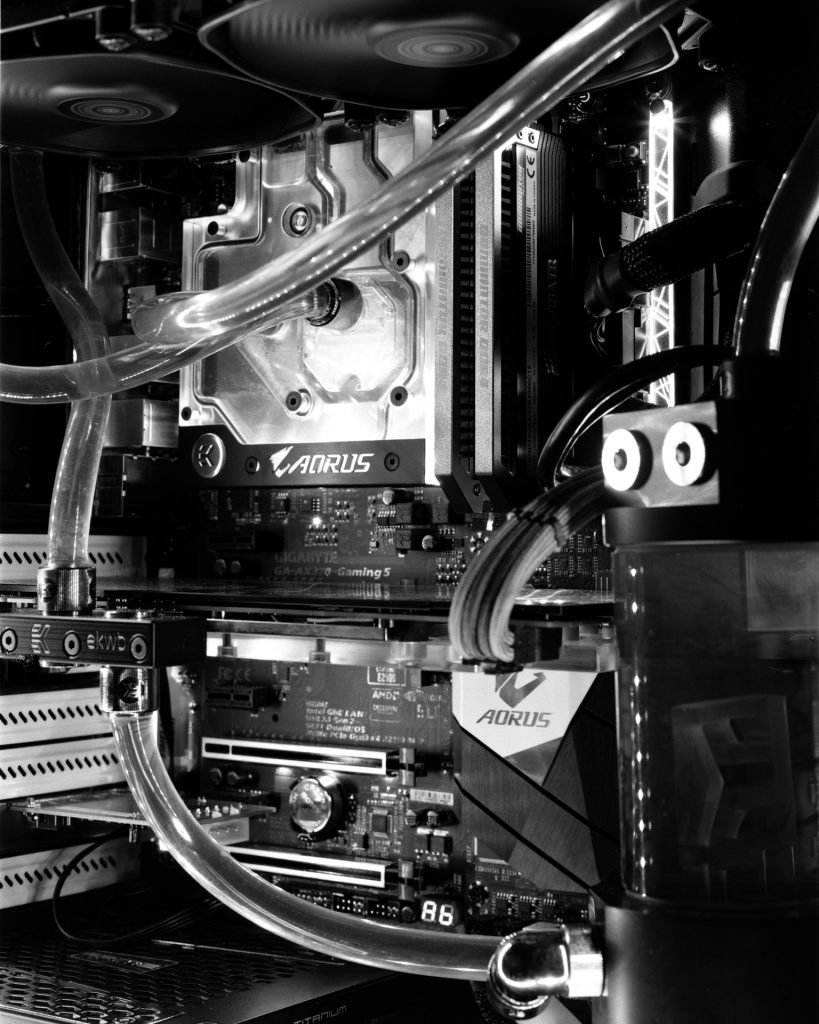 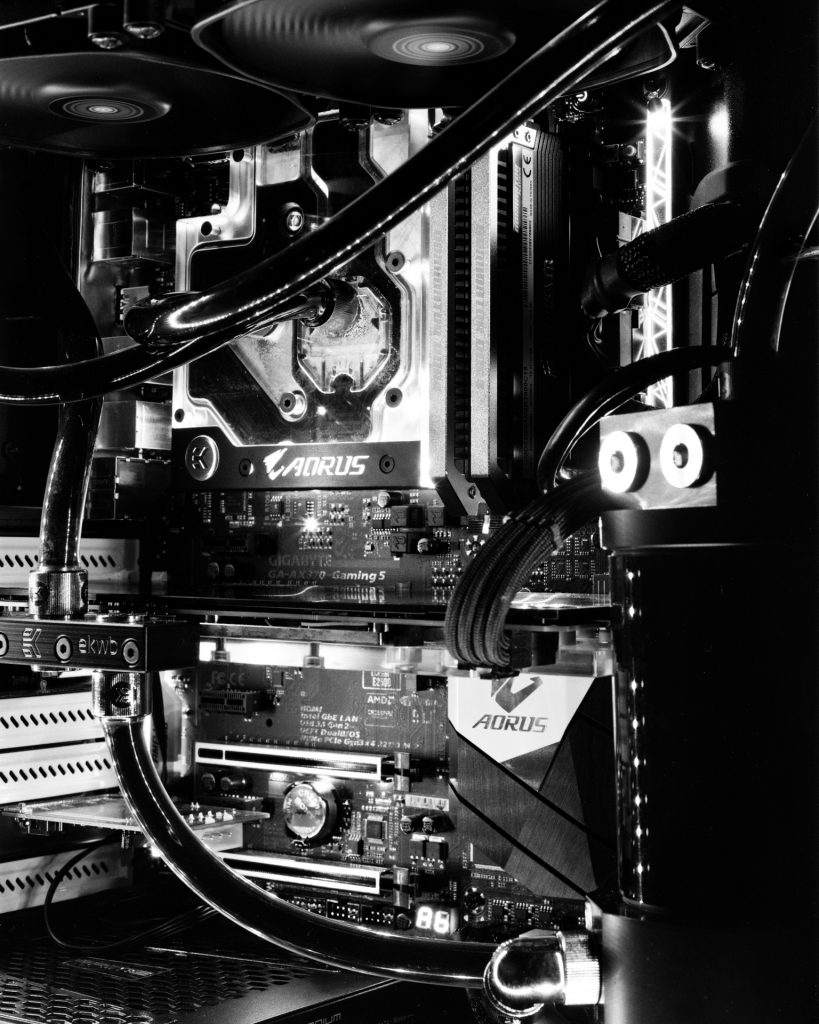 I stand developed for 60 minutes using roughly a 1:119 dilution (actually 10ml developer and 990ml water). I did 10 inversions at the start and halfway during development. This was using a MOD54 and Patterson tank with just the two sheets of 4×5 film. I had expected the negative to look either thin or with not much contrast, but the highlights appear to have developed fairly well. It almost looks like a cartoon. Scanning it in shows what to me looks maybe a little less contrasty than typical HP5.

It’s definitely worth looking more into since stand development seems less messy and is quite economical, and lets me go and do other things while it develops. I didn’t notice as much of a difference as I would have expected but still, pretty neat results! I will have to try it with a subject that has more normal lighting to really gauge things I think.