These aren’t perfect by any means. I took two shots of Camden and in the one that he was properly framed in he closed his eyes, and in this one he swung a bit far forward on the swing which made his arms an odd framing. And likewise the birdhouse is nothing fancy but it’s what I like to use when testing out new films and such.

But, I mean it’s hard to describe looking at the full resolution of these. And this is just off the scanner – hard to imagine what darkroom print might look like. You can plainly read Camden’s shirt on the negative! Amazing. I’m in awe in a way that makes words hard to come by, which is pretty rare. Maybe I should let the results speak for themselves… 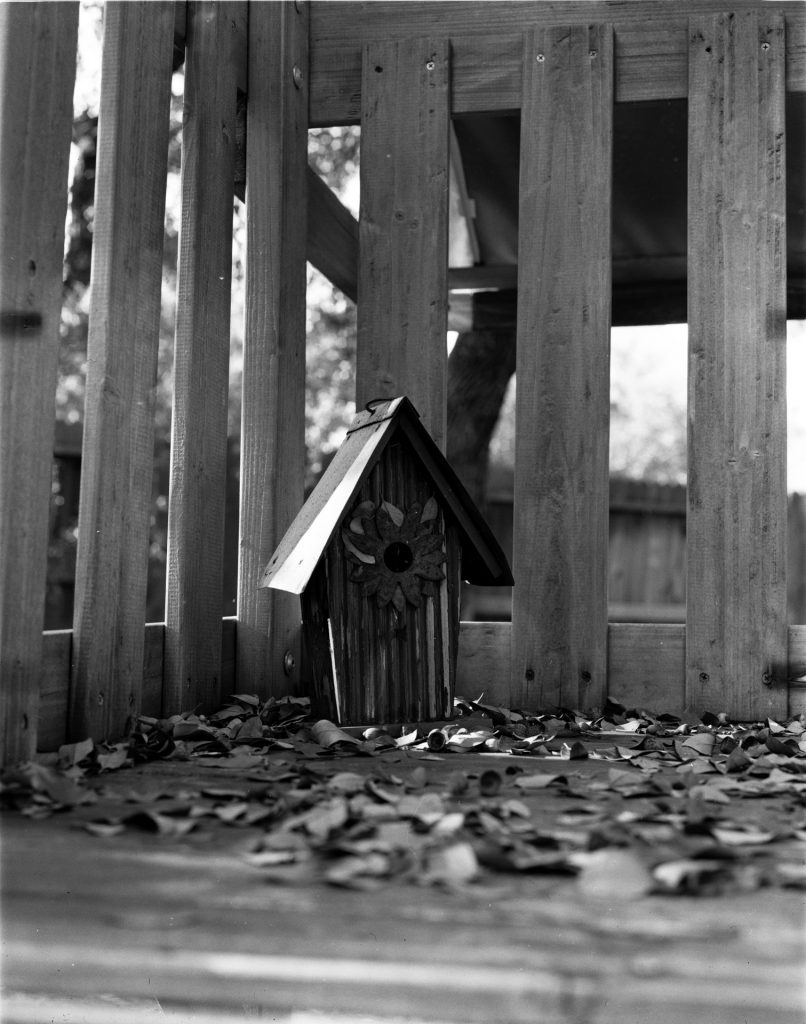 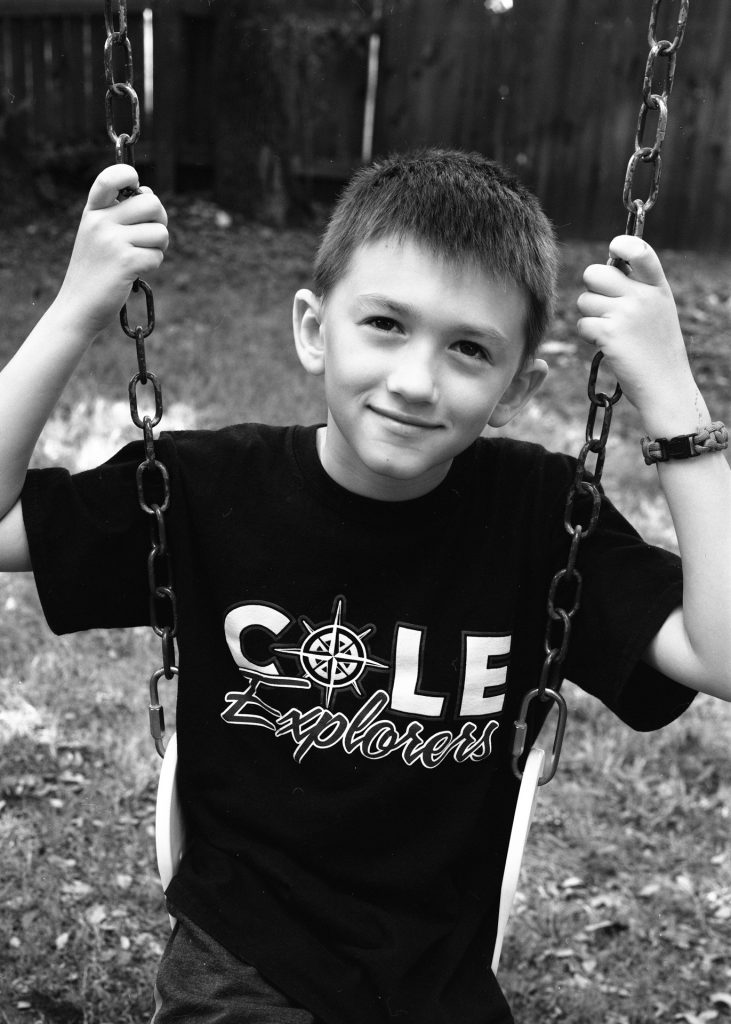 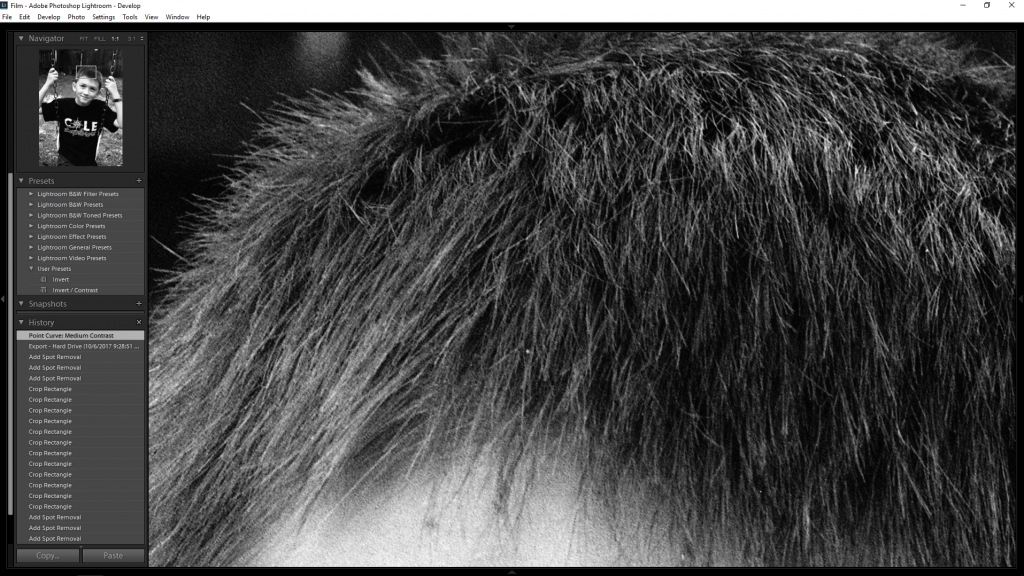 These were both shot using Ilford HP5+ film and I developed it using Kodak HC-110. I have 25 sheets of Delta 100 I want to use but since it’s less economical to develop (I prefer to use DDX with it) I wanted to try HP5+ first in case I didn’t do something right. I would expect Delta 100 to be pretty insane since it has much less grain, as would Ektar 100 or Velvia 50 (looking forward to trying both out).

For both photos I also used movements. Amazing resolution aside, movements are really fun and powerful! I manage to balance the focus on the chains in the shot of Camden, for example since the camera was off center a bit. And likewise being able to focus with a loupe is pretty damn cool!