After my mixed results with FP4 and XTOL and after playing around with HP5 at 1600, I had been itching to try giving Delta 100 a go (as well as HP5 at 400). The original plan was to take some shots at Spring Lake but I ran out of time on the day I planned to do that.

Instead, I decided to try my hand at flash and indoor photography with my Intrepid 4×5 and managed to find what I thought was a potential interesting composition of a large wine glass full of corks. I ended up using two flashes though their arrangement was a bit different between HP5 and Delta 100. This was because I was already near max power of one of the flashes when I took the HP5 shots (I was using a wall as a bounce flash). So it is a bit apples to oranges and, likewise, that’s the first time I’ve manually set power of flashes (I had previously always relied on TTL metering, which you can’t really do with large format). Admittedly I cheated a bit and used my DSLR to figure things out so I thought I might as well include that in the comparison as well, even if it a bit unfair (I’m thinking the scanner may be amplifying the grain from the negative, e.g.). 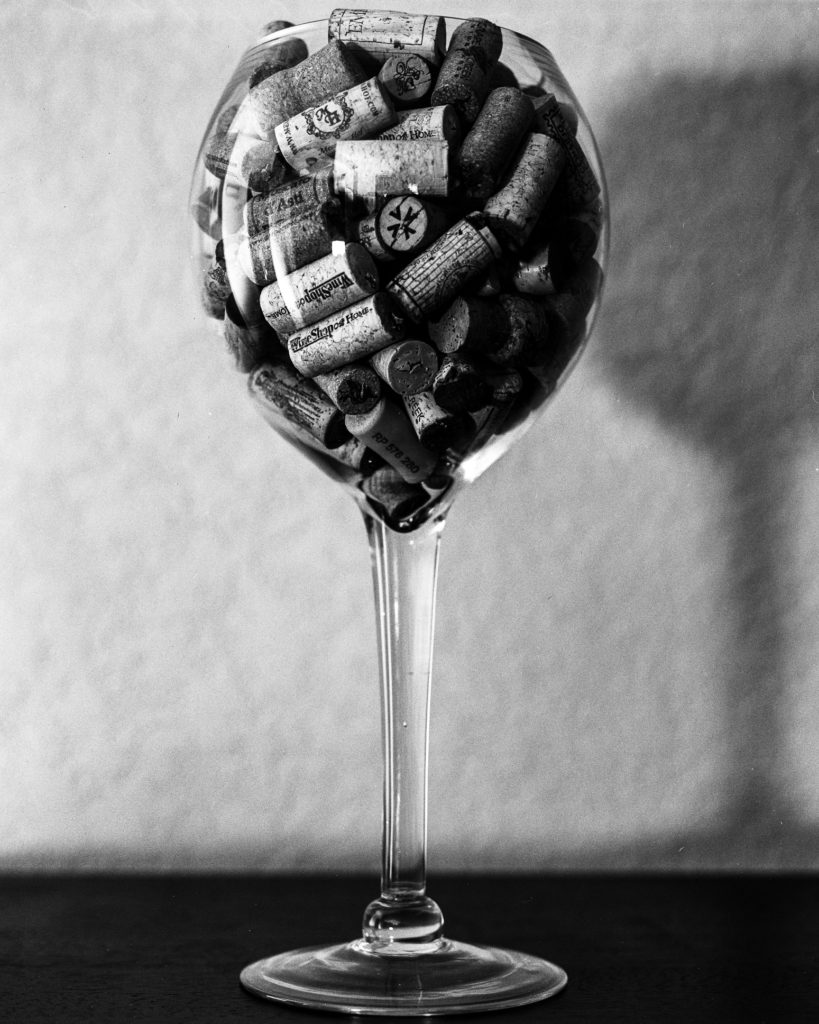 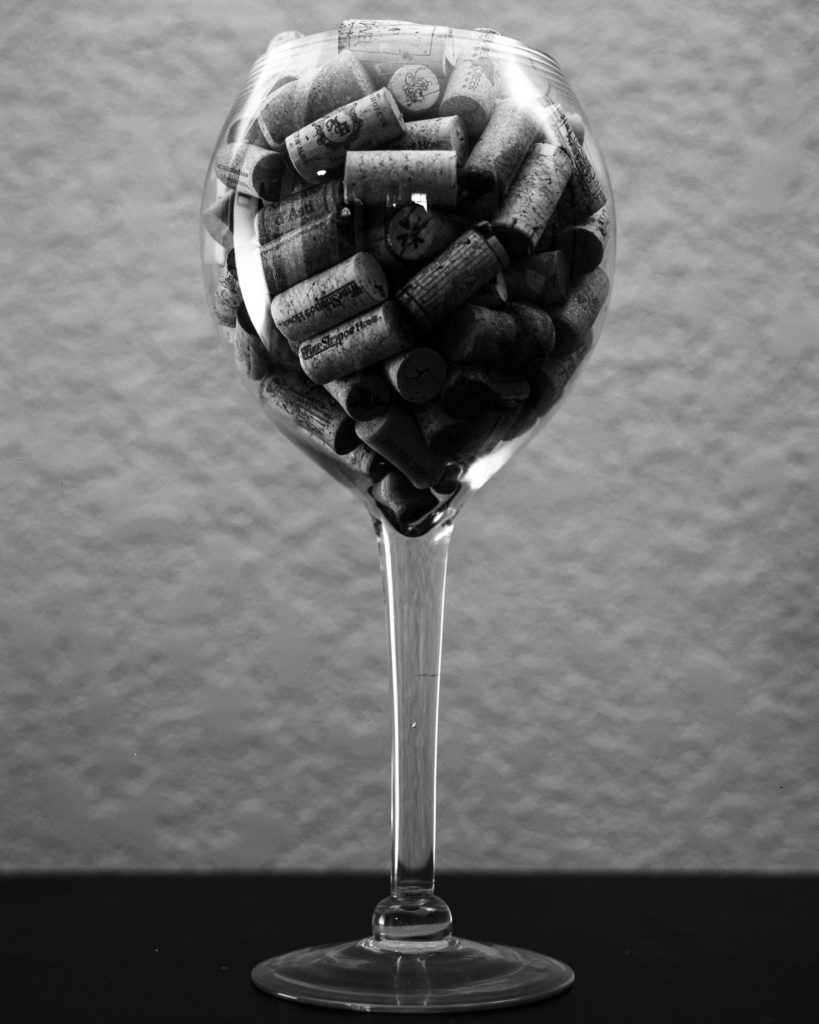 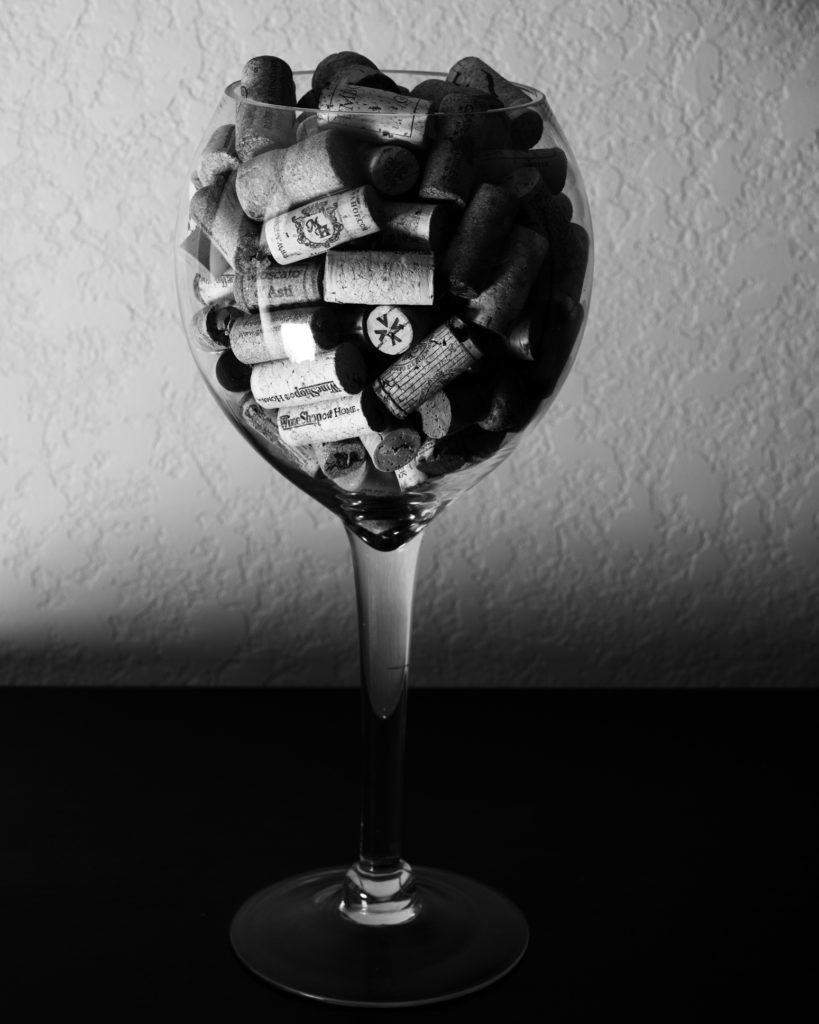 Of the three the one I think I like the best is HP5. I was able to pull in the contrast I wanted and it appears sharper (actually I may have also just focused it better) and has a little more bite without being obtrusive. The DSLR came close in terms of contrast but doesn’t seem to have quite as good of tone. Of course it had the least “noise” though I think that may be a tad unfair since I used a flatbed to scan the negatives. The negatives seemed to have more shadow detail as well and felt a little sterile? Also of note is that I’d much prefer to make darkroom prints to compare. I might do some contact prints but am really trying to get my hands on a 4×5 enlarger.

Anyways, pushing the DSLR results aside since I was really after comparing films here, I’m not sure what conclusion I can draw. Doubly so given I want to also test Bergger Pancro 400 in 4×5 as well as TMAX 100. But with these results in hand, unscientifically, I think HP5 is my favorite all around 4×5 film, followed by Delta 100 and then FP4. FP4 deserves another go around but perhaps in another developer than XTOL.

Another node to HP5 on that note. I developed it in HC-110 and Delta 100 in DDX, the latter of which is quite a bit more expensive. I do want to try Delta 100 in XTOL though since I got nice results with TMAX P3200 and think XTOL may be a good fit for t-grain style films.

At the end of the day, if I had to pick one film to use at this point, it would be HP5. But I’m not done yet! All this taught me is I need to do more comparisons and shoot more film!