Last weekend we headed up to the ranch which gave me a great opportunity to try a few things out in preparation for an upcoming trip to the beach. My plan was to actually practice with the Intrepid 4×5 (and my new 90mm lens in particular). And while I did do that, I also shot a roll of Rollei Infrared 400 on my Bronica SQ. This was my first time shooting IR and I used a Hoya R72 filter for all the shots. I shot two frames for each scene, one at ISO 25 and one at 12. Alas the last set didn’t come out because I made a silly mistake with my cable release. At any rate, the results are largely what I was going for: 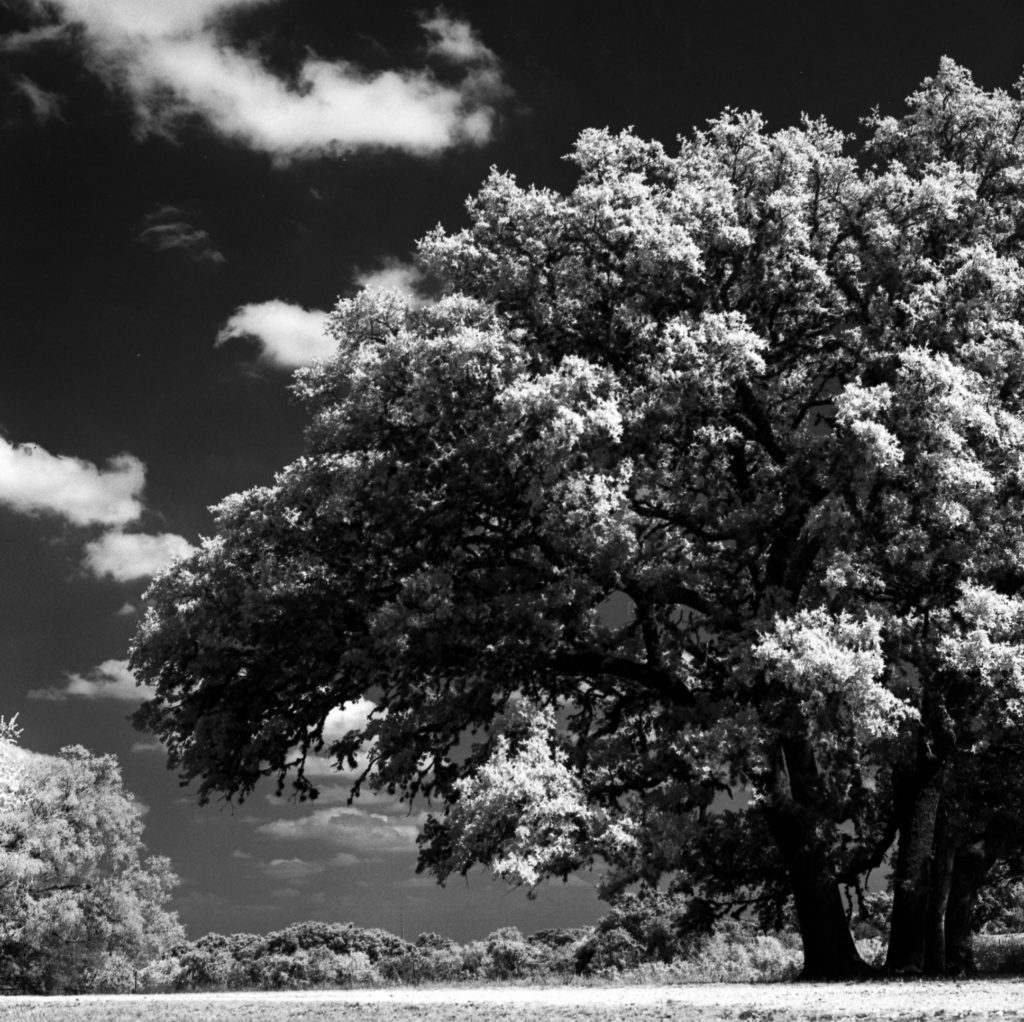 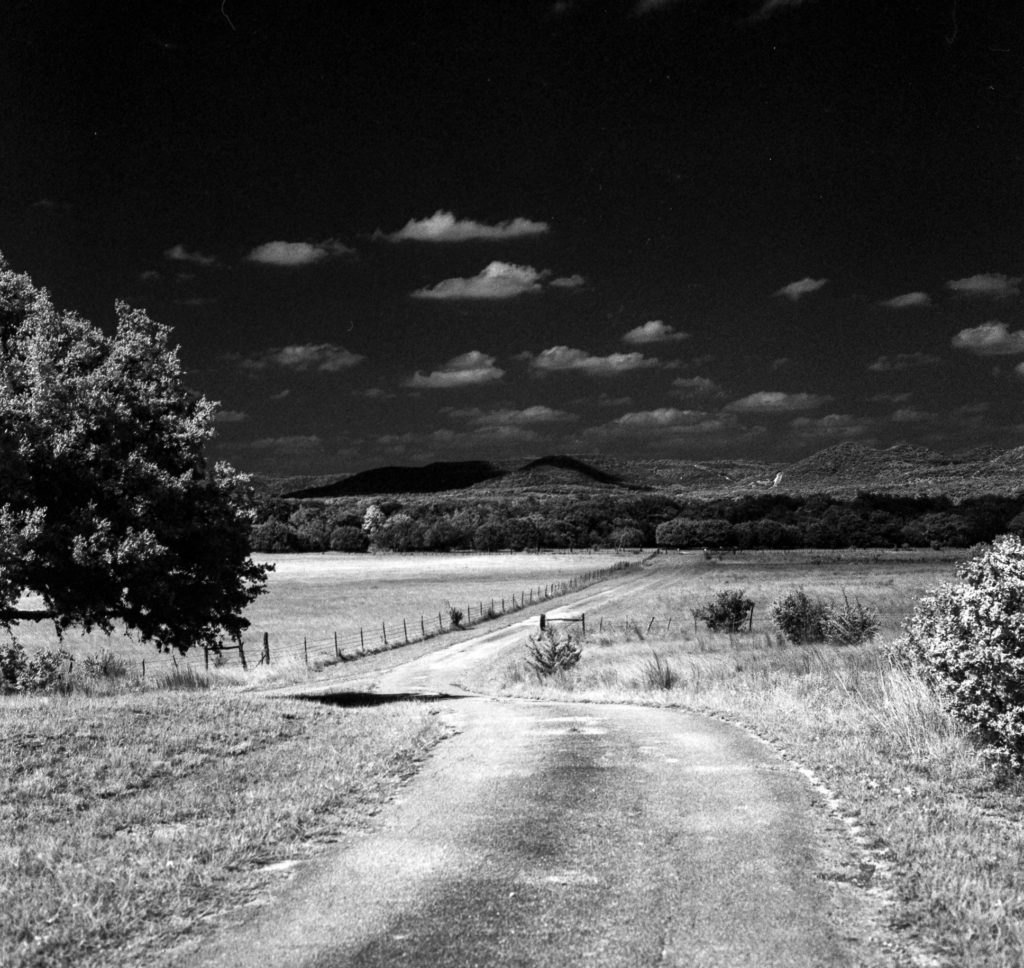 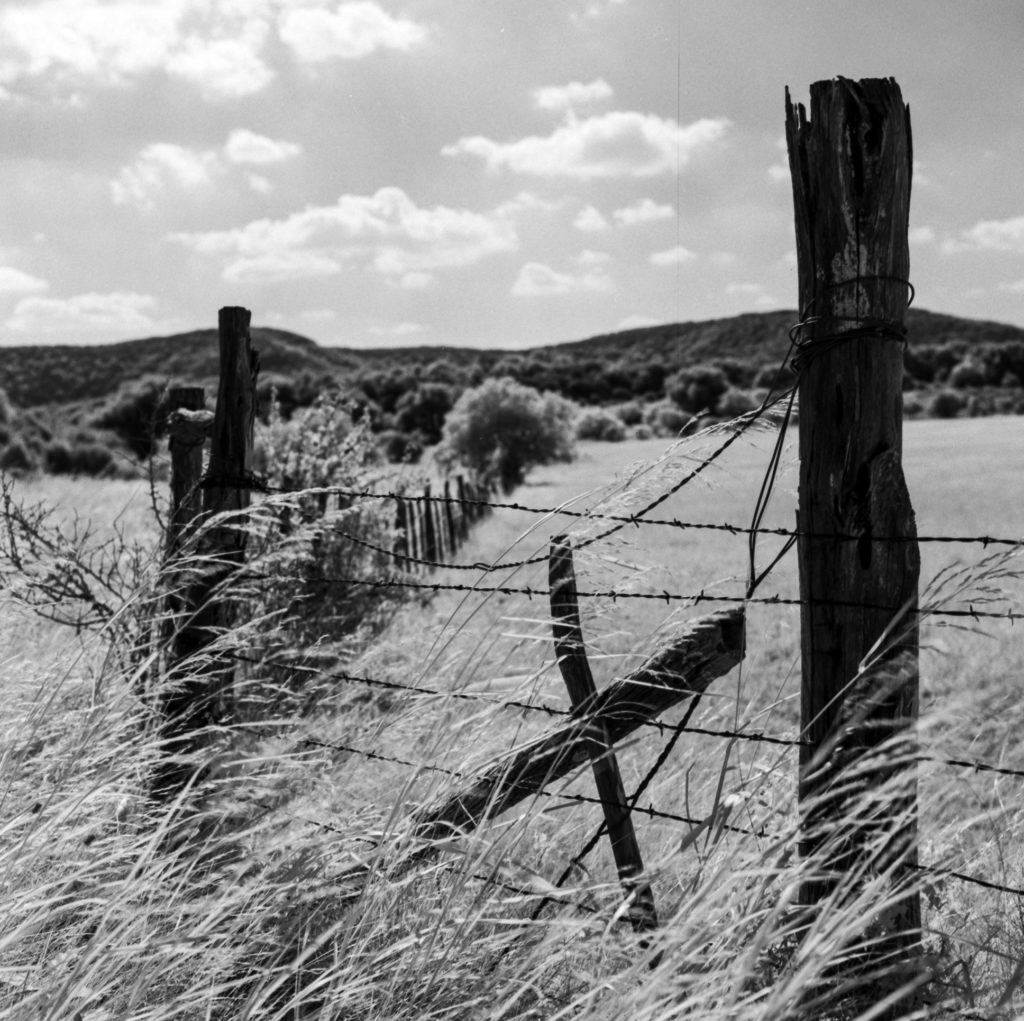 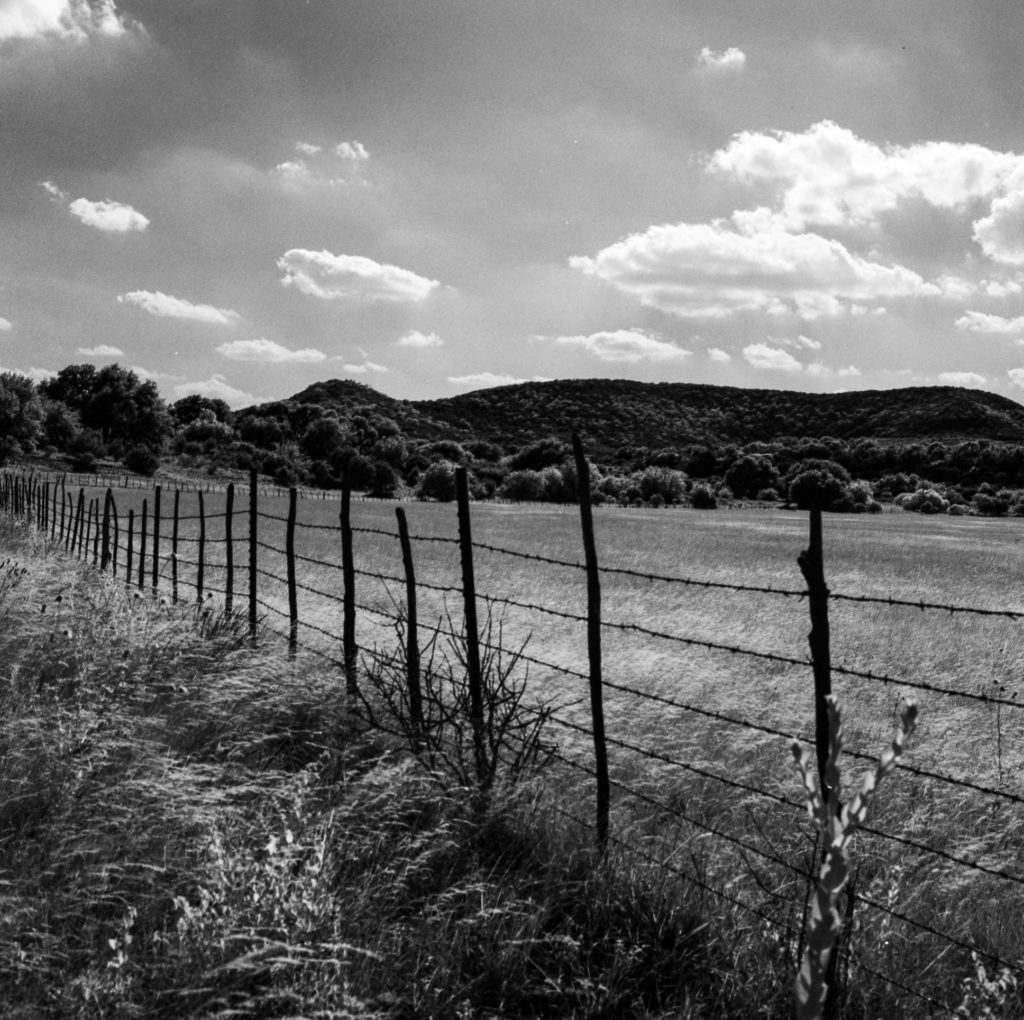 I was hoping to get deep dark skies in all the scenes but though the two of the fence have lighter skies, I still like the look even if I can’t quite explain how I managed to get a brighter sky. They were looking largely opposite of the road so and closer towards the sun which I think definitely played a role there. Either way, I definitely love this film! I think ISO 25 is about where I like it when developing in HC-110 B and using the R72 filter. It does loose some shadow detail that way but the overall look I really like! I have yet to wet print these yet (the above are direct scans of the negative) but I’m quite looking forward to it!

I loved the results so much I bought a 25 sheet box of the film in 4×5 so I could take a few sheets with me to the beach. I had previously planned on bringing 120 film but I may just bring the Intrepid (and perhaps a 35mm for fun point and shoot type stuff). I’m not quite sure how that’s going to turn out but it should be fun. I’m hoping for a few clouds so I can perhaps try to get some whispy effects of the clouds and water. We’ll see!