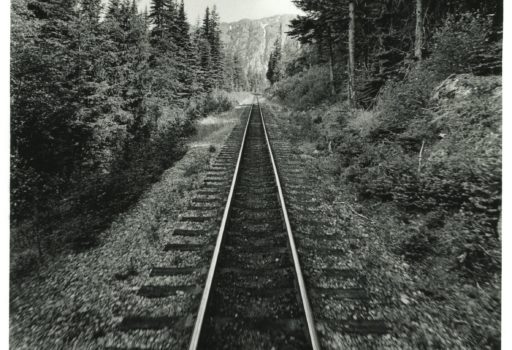 I’ve printed this a few times, although never in 8×10 or on fiber. So I finally got around to printing this one over the weekend. I’d actually like to go for an 11×14 at some point but that will be a special day.

First time I had to pre-flash paper actually! It’s not super complicated apart from that, just a grade #1 filter with 2 extra burn areas and one quick dodge during the full exposure. I could have avoided a pre-flash I think if I switched to my 50mm lens. I was using an 80mm as it lets me more easily print 8×10 from 35mm, which normally works well, except on a denser negative like this one.

Really happy with this though! It was taken on the White Pass train during my vacation to Alaska. This trip was what got me to fall back in love with film again and I’ve been on film ever since!

Shot and printed on Ilford’s Delta 400 and Multigrade Classic FB paper. Still needs final selenium toning. Taken on my Nikon N80 (a hidden gem of a camera if you ask me!) I think with my Tokina 17-35mm wide lens.